Manors and Nobility in the 17th-19th Century 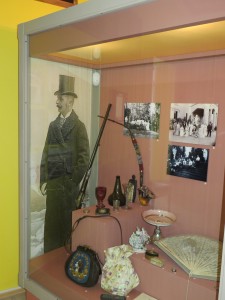 In the 16th–17th century, when the medieval feudal system was transforming, the estates given as fief to vassals became the manors – private land properties.

Nobility as an estate in the 17th–18th century reached extensive economic privileges and influence in the administration of the province. The German-speaking nobility in Vidzeme region (Livonia) and in the Duchy of Courland and Semigallia in the 17th century established closed local Livonian and Couronian nobility (knighthood) corporate organizations. Part of the wealthy citizens who wanted to get the noble title, but were not enrolled in the register (matricula) of the Livonian or Courland nobility, got the wanted noble title abroad, receiving the diplomas issued by the kings of the Polish-Lithuanian Commonwealth or the Holy Roman Empire of the German Nation. The noblemen of Latgale (Inflanty) region were a part of the Polish-Lithuanian nobility and preserved smaller local autonomy rights.

Noblemen were a privileged layer, whose lifestyle was determined by traditions and their belonging to nobility corporate organizations, the prestige of the noble title and the family. Mostly only in the 18th–19th century luxurious manor houses were built. In the beginning manors were more modest economic centres and more elegant lifestyle was formed by opportunities over a long period of time, when in the 18th century the consequences of the Northern War were overcome and the economic situation had stabilized. When the noblemen’s wealth had reached a sufficient level to invite talented masters, manor houses, garden design, interior furnishings and art objects depicted the actual styles of the European art and architecture. 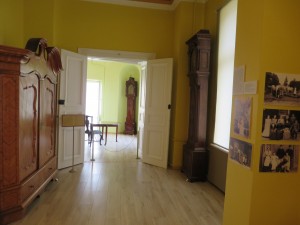 Under the serfdom, manors could become a profitable source of wealth and since the 18th century, they developed into many-sided economical complexes. The main manors’ source of profit initially was cultivation of grain. Over the time, the estates’ developed sectors of the production became more diverse. Cattle breading, also the production of various commodities developed, timber sawmills, tileries, mills were established. In the 18th–19th century distillery of vodka in order to sell it to the army became a significant source of profit in many estates. The manors became the economic, social and administrative centres, which included not only the manor house, but also a variety of other buildings – stables, barns, creameries and cheese dairies, breweries and vodka distilleries, mills. Besides the peasants performing labour duties in the fields of the estate, various servants of the estate provided profit and everyday comfort of the noblemen.