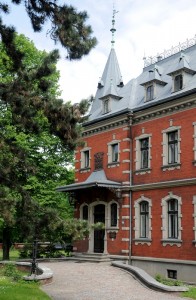 – A guided excursion in the exhibition in the house Dauderi (including the collection of Gaidis Graudiņš, the history of the house and other expositions).

Dauderi, a Department of the National History Museum of Latvia, welcomes its visitors to the nineteenth century eclecticism style manor and its interior design as well as find out about historical evidences on the Republic of Latvia (1918 – 1940). 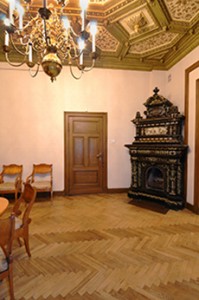 Dauderi museum is located in a historical house in Sarkandaugava – a Rigan neighbourhood. It was the family villa of the former brewery Waldschlosschen owner, Adolf von Bingner. Already in that time it was recognized as one of the most beautiful private houses in Riga. 1937 – 1940 it was used as summer house for the President and Prime Minister Kārlis Ulmanis. On June 27, 1990 during the XX Latvian Song Festival, Dauderi manor opened its doors for the first time as Latvian Culture Museum.

Since 2010 Dauderi is a department of the National History Museum of Latvia. Visitors can see a permanent exposition (collection of Gaidis Graudiņš, the history of the house) and temporary exhibitions.